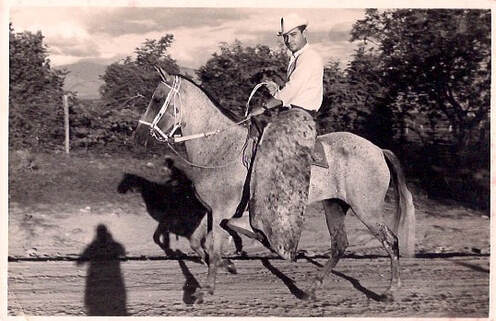 Alvaro Iriarte came to the United States in 1971, settling in North Carolina.  By 1972 he discovered his first Paso Fino horse show in Tanglewood Park outside of Winston Salem, North Carolina.  At that time there were approximately 500 registered Paso Finos in the United states. The overall horse show experience was very different from what he was used to seeing in his native country of Colombia, yet he recognized an important similarity. The enthusiasm of the riders and spectators for the unique Paso Fino Horse was infectious.He met several pioneers of our breed including Rosalie McWilliam, George LaHood, Henrietta and Robin Ratliff, Cece Figueroa, and Charles & Bonnie Minter.  Instantly he knew he had found his home away from home within the Paso Fino family. During the early days he went on to establish a successful breeding program that allowed him to use his talents as a fourth generation breeder and trainer to promote the Paso Fino horse. 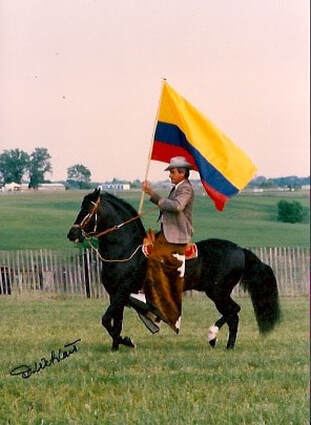 Alvaro riding Ensueño de Colombia
Alvaro, or “Al” as most people came to know him, not only grew a very successful breeding and training program, but was also instrumental in the overall growth of the Paso Fino industry.  The Paso Fino horse he knew like the back of his hand. After all, he grew up riding, training and showing them in Huila, Colombia. He was an immigrant who spoke in very broken English and did not possess a wealth of diversified skills, but he did understand an essential element to finding success in the Paso Fino industry.  He was able to keenly recognize that the American rider wanted to enjoy every aspect of working with and competing their Paso Fino horse themselves. He knew how important it was for anyone to be able to ride the beautiful but spirited horses. Not only does the American rider want to compete for themselves, they also want to trail ride and share their love of horses with family and friends.  It just so happened that this fit nicely with his already well established training philosophy of allowing horses to develop their overall skills at a pace that would encourage long term success, and continued willingness. His training methods have always been geared with the end goal in mind; to breed and train horses that anyone can ride, regardless of riding experience or age. He always knew that people would fall in love with the breed's natural beauty, spirit and smoothness of gait, but he wanted them to fully experience the excitement of riding a Paso, while at the same time understanding and trusting that they were fully in control.

​
With this principle in mind he set out to develop a high quality breeding program that included bloodlines from both Colombia and Puerto Rico.  By 1973 he was hosting his first fun show in Lexington North Carolina. In 1982 he imported one of our breeds history making stallions, Ensueño de Colombia.  A young unknown stallion at the time, Ensueño became one of Startown Stables foundation stallions and under the skillful and patient training of Alvaro he later went on to become National Champion Classic Fino Stallion in 1984 as well as Reserve Grand National Champion in Bella Forma Stallions.  As a breeder, Alvaro understood the importance of selecting a stallion that would pass on to his offspring his best qualities with incredible consistency. In fact, for 7 years Ensueño was on the PFHA Top Ten Sires List as a result of his offsprings numerous accomplishments in the show ring. Ensueño was inducted into the PFHA Hall of Fame in 2000 for his contributions as a history making stallion of the Paso Fino breed.  ​ 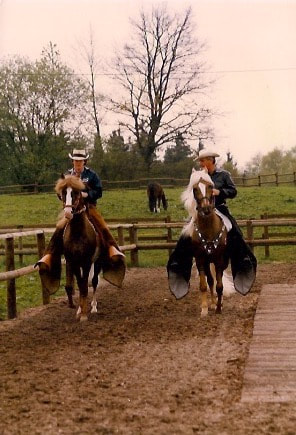 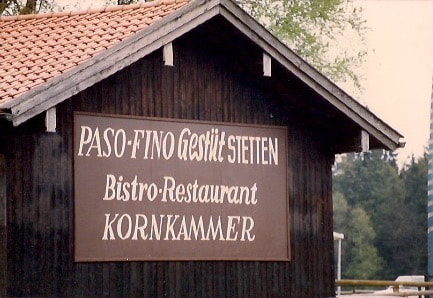 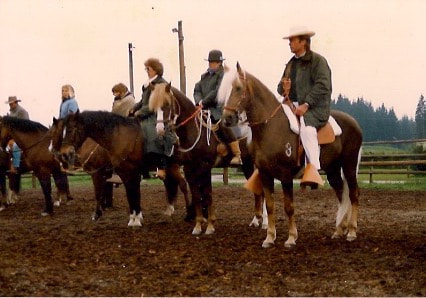 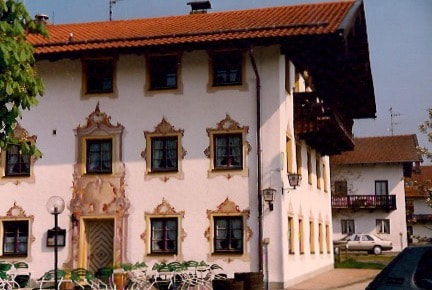 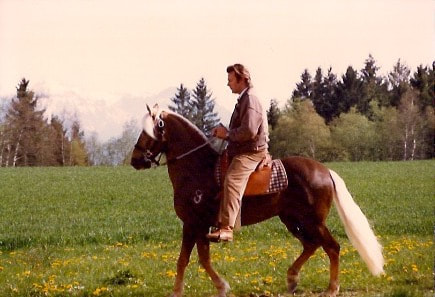 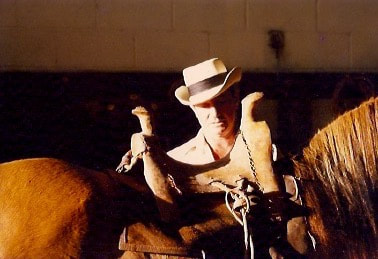 ​Training has always been his first passion.  A passion that has earned him countless National Championships throughout the years.  He has gone on to mentor many other trainers, sharing his wealth of knowledge as well as learning from them.  In 1992 he was recognized by his peers as trainer of the year.
​
​He has long been praised for his ability to consistently train horses to be very supple and agile in the reins. In 2005, country singer Shania Twain chose a stallion, El Czar, trained by Alvaro Iriarte to make a red carpet appearance in Las Vegas.
Throughout the years, Alvaro has promoted the breed in both regional and national competitions.  Furthermore he took great efforts to promote the breed through exhibitions and charity fun shows that he sponsored on his farm, El Cortijo Startown Stables.  No division was insignificant to him, from Costume, Walk Corto Leadline and Equitation, Alvaro and the Iriarte family helped emphasise tradition and develop the growth of today's modern Paso Fino horse suitable for any rider. He felt it important to allow amateur owners great opportunities to experience the excitement of the showring without the big expense.  Not only were these charity Fun Shows great learning opportunities for amateur owners, but they were also great promotional opportunities to draw new spectators in, one of his specialties.
​ 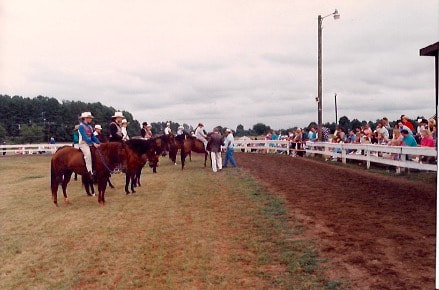 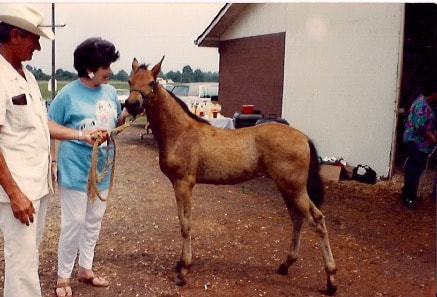 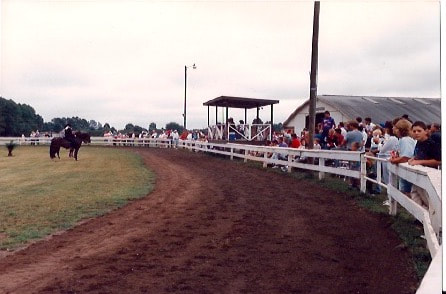 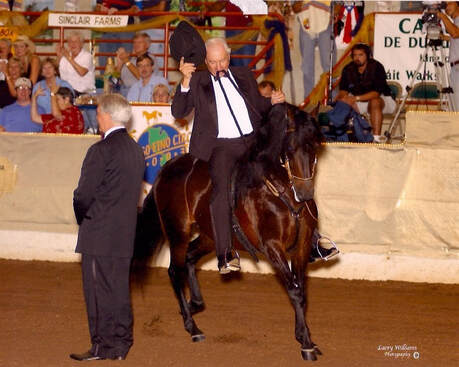 His master showmanship paired with his fine training skills have made him one of the most captivating riders to watch. He is well known for his wine glass exhibition. Riding one of his fine stallions through tight figure 8’s and serpentines with the reins in his mouth. He balances a glass of wine in one hand, demonstrating the smoothness of the Paso Fino gait.
​In 2004 he was inducted into the Paso Fino Horse Association Hall of Fame and in 2016 he was honored as the 1st recipient of the PFHA Lifetime Achievement Award. Alvaro has dedicated over half of his life to the growth of the Paso Fino breed in the US and abroad. His innumerable accomplishments are a testament to his lifelong love and dedication to the Paso Fino breed.